About Us and Our Team

The team at SynRJ have a long and distinguished track record in restorative justice and practices, education, residential care, families (including family group conferencing/meetings), personal and community safety, policing, crime reduction and criminal justice. With a wide range of bespoke programmes, training events, consultancy and services to choose from, you’re sure to find exactly what you’re looking for. If you require assistance, our experienced team will provide you with expert guidance. We’re looking forward to working with you! 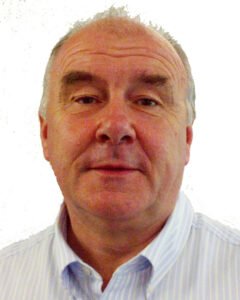 John Boulton was the principal of a residential special school for EBSD (emotional, behavioural and social difficulties) pupils, in Oxfordshire, England, for 15 years. He introduced restorative justice into the school in February 2004. In 2005-2006 he was awarded a Churchill Foundation Travel Award to research restorative justice in the United States and, in particular, visit the different types of provision within the IIRP organisation.

John was IIRP Europe Director of Training and Consultancy from June 2010 until June 2016 when he stood down. Over that time he has trained and supported many people from various agencies and backgrounds. In particular, in his current role, he has been supporting the successful implementation, roll out and sustainability of RP in Blackpool, West Tallaght Childhood Development Initiative, Dublin and the in the City & County of Swansea. 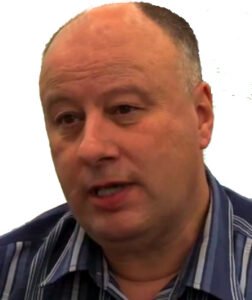 Les Davey has over two decades experience as a restorative practitioner, trainer and consultant, Les has expansive knowledge and involvement in the development and delivery of restorative practices and conferencing training, consultancy and service delivery in criminal justice, communities, schools, workplaces and the looked-after children’s sector.

A founder member of Thames Valley Police, Restorative Justice Consultancy, he was responsible for the development and roll out of their RJ training from 1996 until 2000. Since then, Les led IIRP’s work in the UK & Ireland as Director of Real Justice UK and CEO of the UK registered charity – International Institute for Restorative Practices (IIRP) Europe until he stood down in June 2016.

Les has a long involvement in the development and revision of UK National Occupational Standards for Restorative Practice and the Best Practice Guidance upon which they are based. Les was founding Chair of the Restorative Justice Council (RJC) Standards and Accreditation Board, when he led the work on the RJC Trainers Code, its subsequent revision and the early work on the RJC Practitioners Register. He has also previously held the post of RJC Vice-Chair.

His most recent focus has been upon the use of restorative processes (and the training of others), in complex and sensitive cases (including historic child abuse), and more recently developing tools for use with Professional Learning Groups/Communities and designing surveys to measure results, in the implementation of RP in organisations and schools. 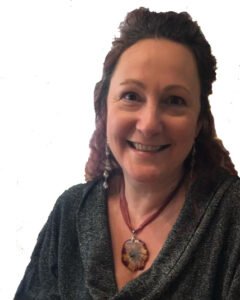 Maura Rose currently works as a Mediator, Family Group Conference Coordinator, Conflict Coach, Restorative Justice Practitioner, and trainer in all the above. She runs her own company called Balance Mediation where she has recently worked with Trafford Children’s Services and Lancashire Constabulary.  She delivers Family Group Conferences with Trafford, Bury and Saint Helens Children’s Services with Just Psychology. Maura has also delivered workshops at international conferences, trained people in Russia and in Bulgaria and has contributed to chapters in books.

Prior to this Maura worked as the manager of Bolton Mediation from August 2000 to August 2012. While in this role Maura managed 7 different mediation projects and gained extensive knowledge and experience in working with conflict in a wide variety of fields including community mediation, the prevention of anti-social behaviour, using a range of restorative practices within schools and in a criminal justice setting, working with families, and workplace mediation. Due to her expertise in recruiting, managing, training and motivating volunteers Maura has also delivered training courses in this area. Prior to this Maura volunteered with Bolton Mediation since completing her training in September 1996.

Accreditation and quality control are important to Maura and is a Competent Mediator Status by Mediation UK. In addition to a very practical community background Maura has a sound theoretical knowledge and constantly adds to this by research and personal development. In April 2007 Maura completed her Masters in Mediation Skills and Conflict Resolution from Birkbeck College.